Joshua and I have this in common–we didn’t make it past the elementary stages of scouting. Joshua and his mom were very understanding when my “short cut” did not take us immediately back to the parking lot. Mind you, this is my fifth photo session in this park this season, so you would think I would be beyond getting disoriented, but overconfidence was my undoing. Fortunately, we were able to get some of my favorite shots along the road less traveled. And the detour was short enough that Joshua still had time for an outfit change once we did make it back to the car.

I was worried about his purple shirt checked pattern causing a moire pattern on my camera sensor, so I had him play it safe with a sold shirt initially, but fortunately, we were able to do both, and purple really is a good color on him. He looked more relaxed in the purple, or maybe it was just the relief that we were still in sight of the car.

Then we headed over the the high school stadium for some shots with his trombone. Joshua is a dedicated member of the marching band, meaning that he spends around twenty or more hours weekly in practice for the three and a half month season. And he can still smile when he’s on the field. I guess that kind of discipline is what gives him the endurance to maintain a good attitude through two hours of picture-taking. And although his older brother was a delight when I did his portraits three years ago, he was a self-admitted blinker, even though I didn’t use a flash. Joshua, on the other hand, had a 99.5% eyes open rating in full sun, no clouds. Strong work, Joshua! 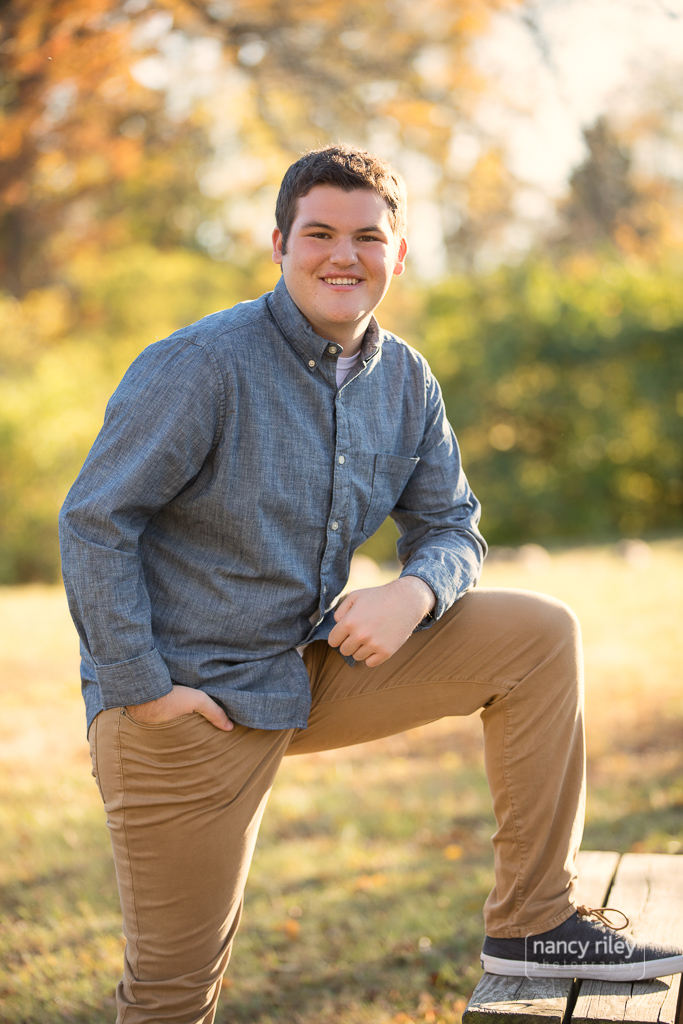 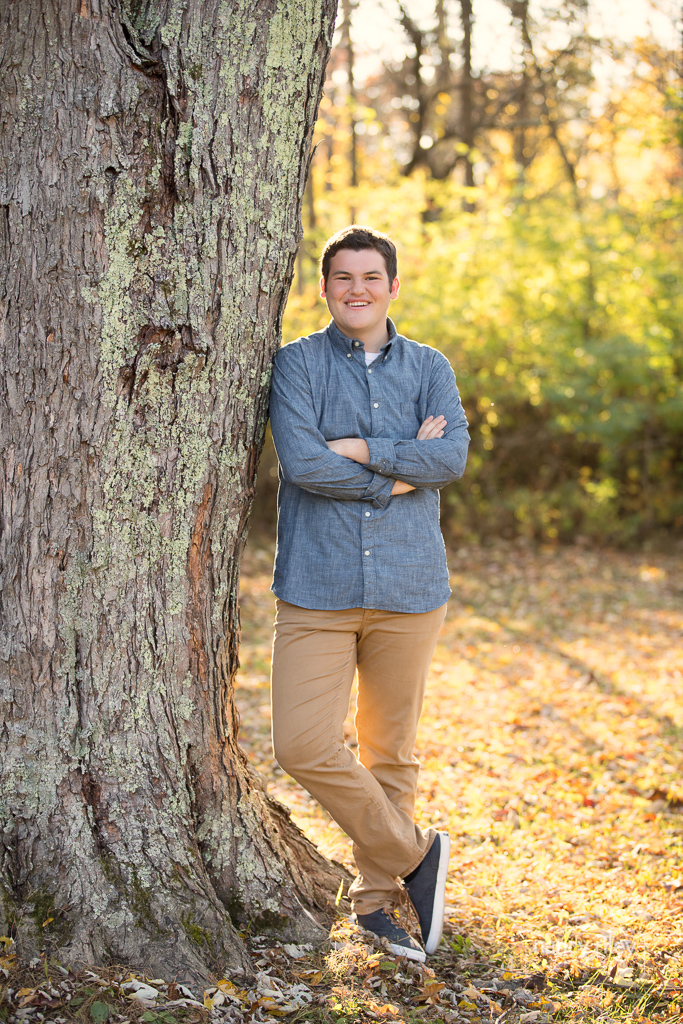 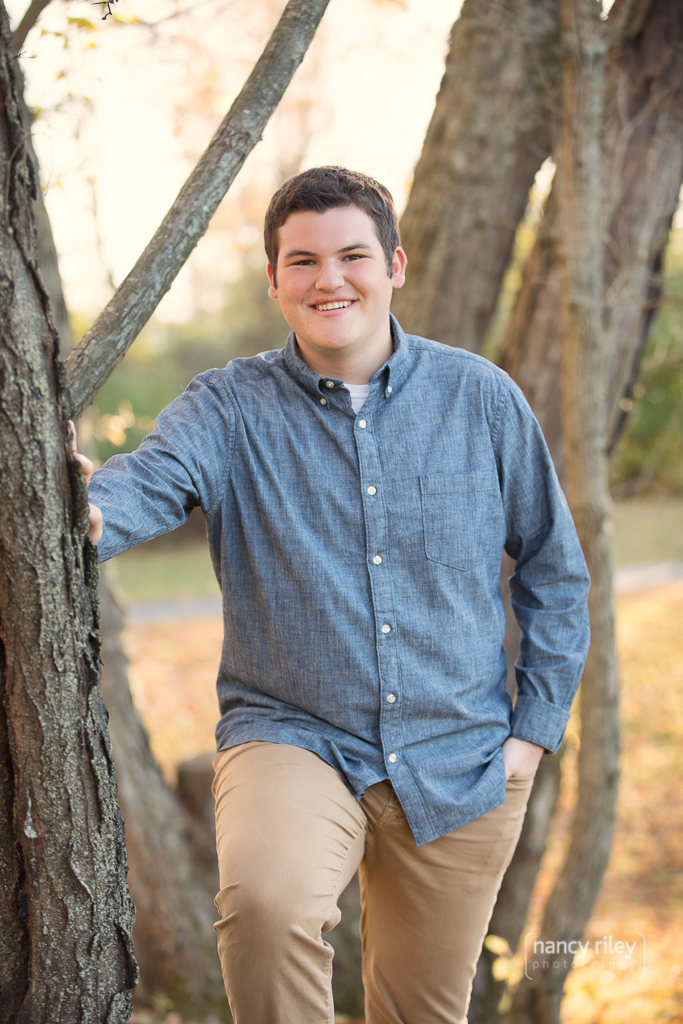 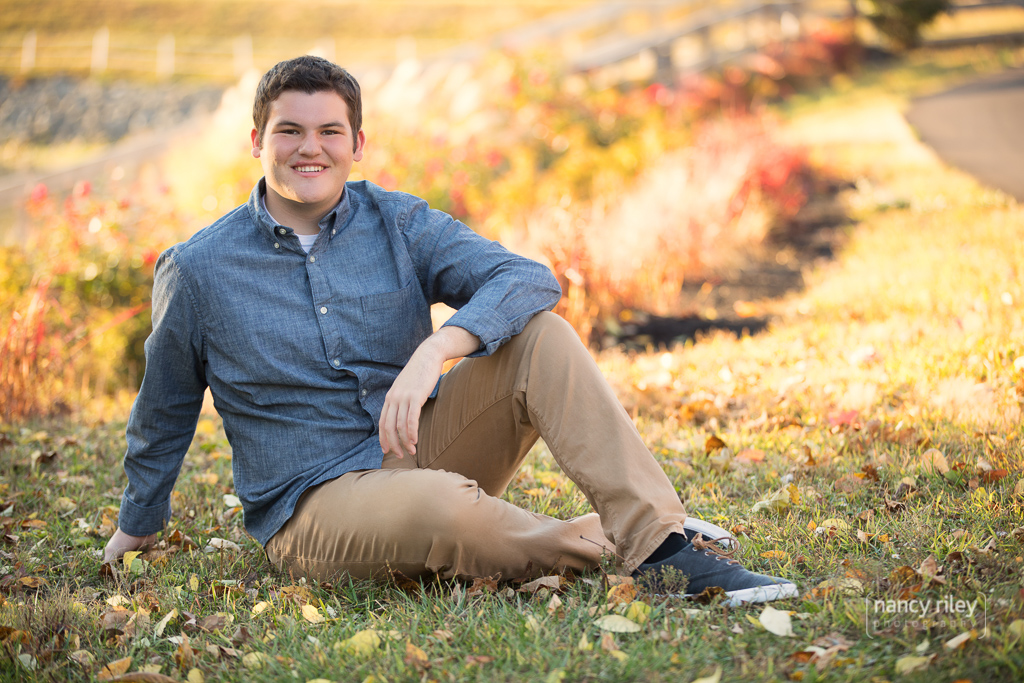 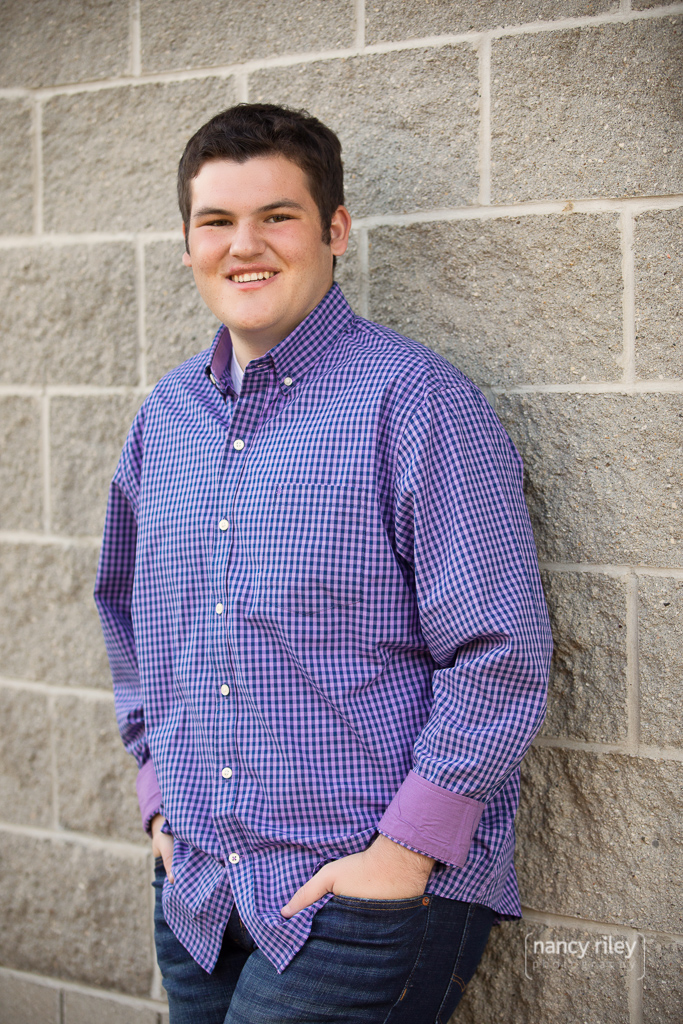 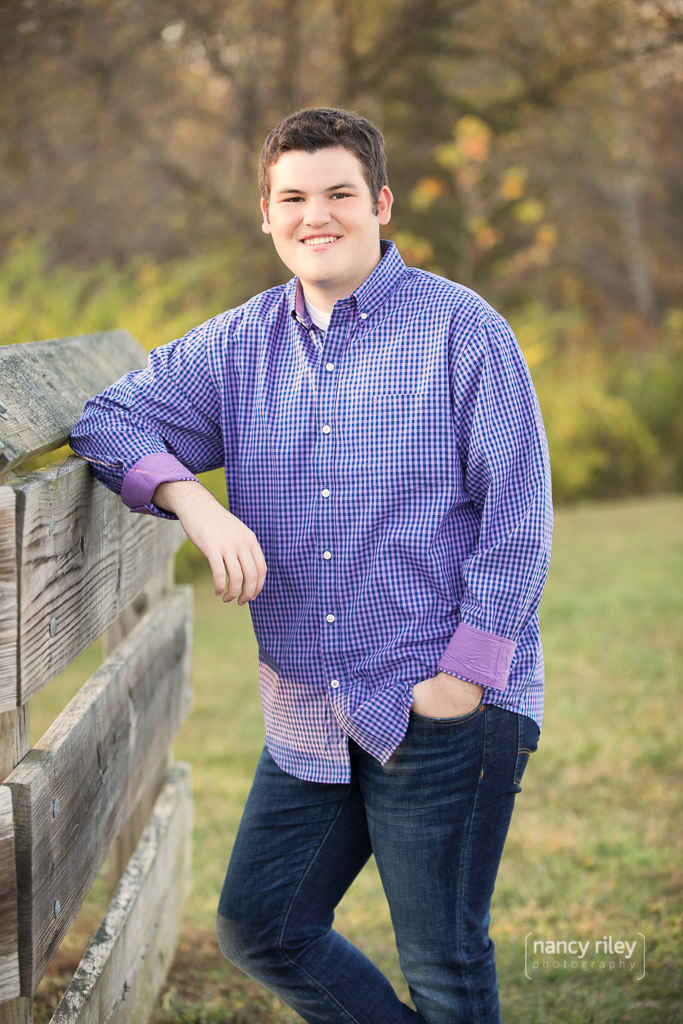 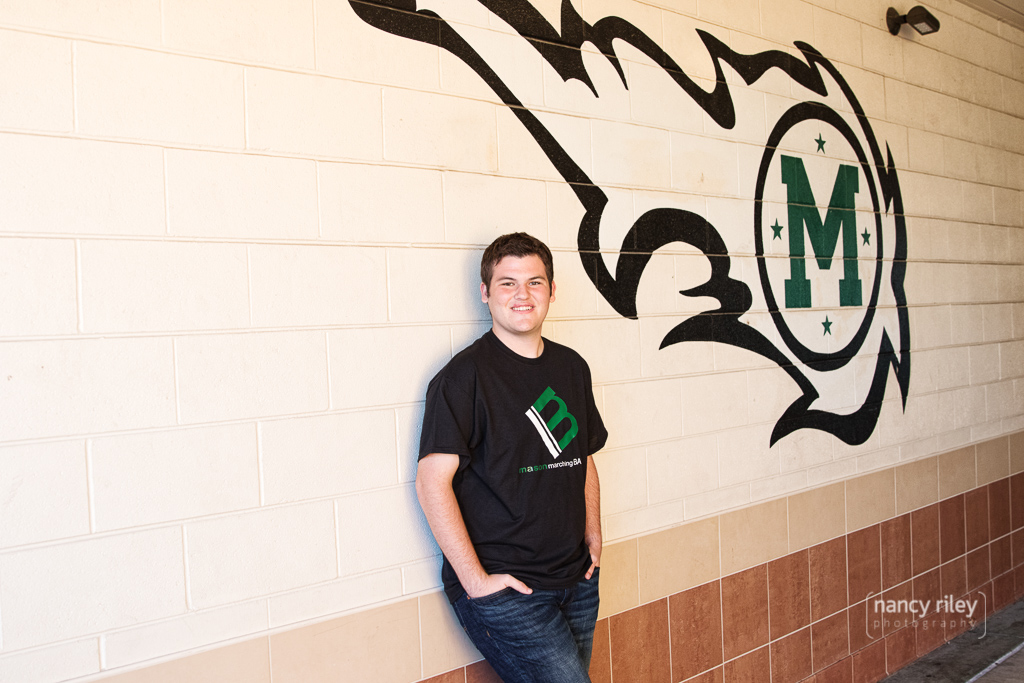 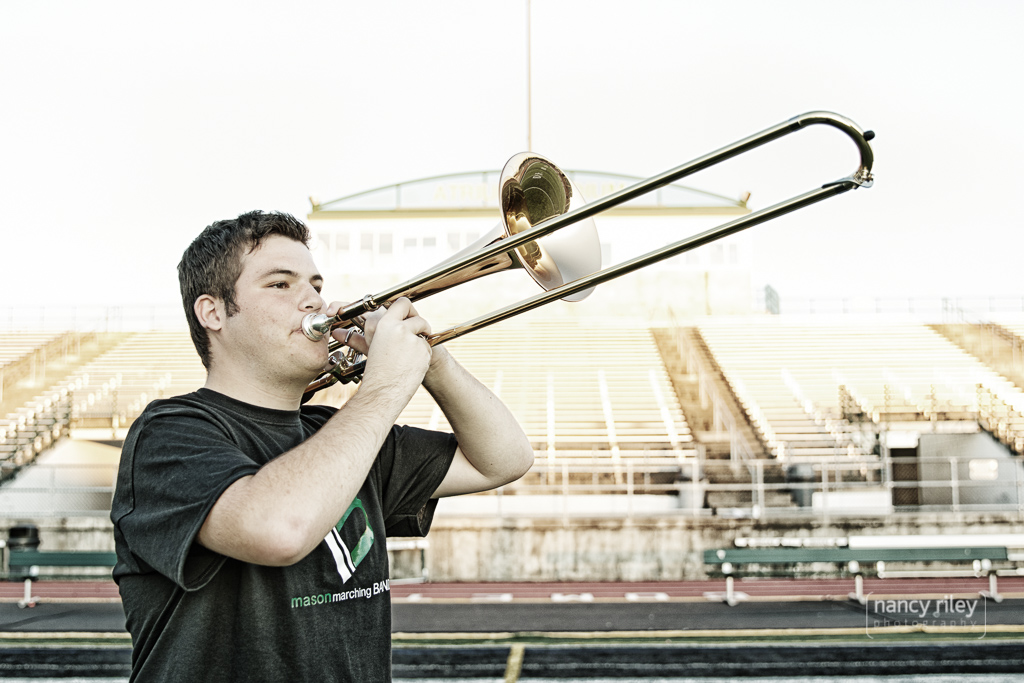 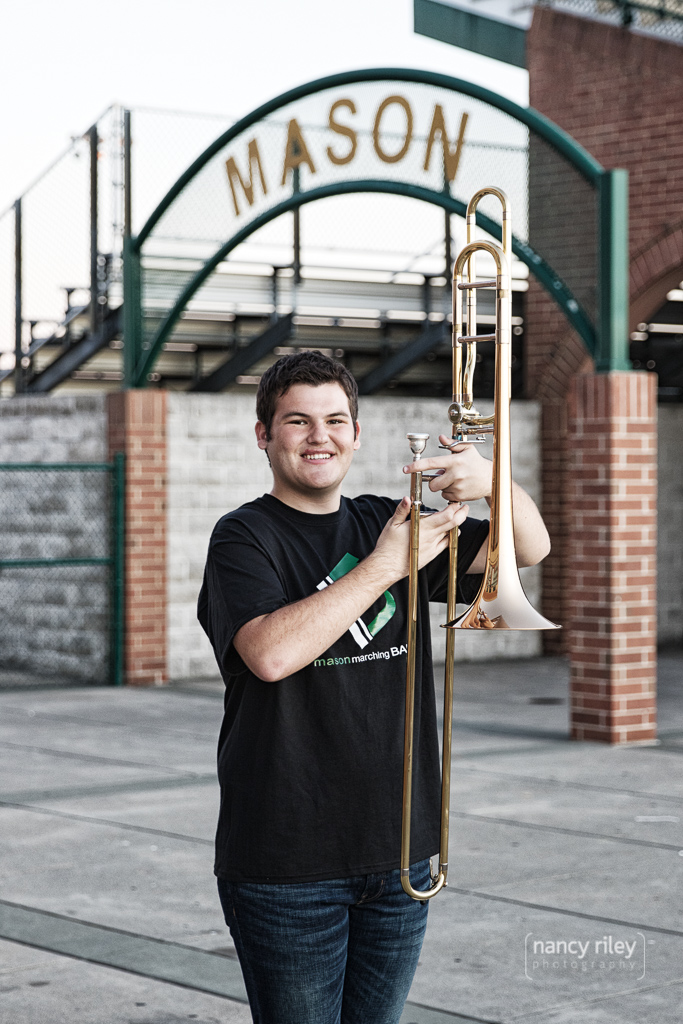