The three words I would have used to describe Dustin when he was six years old still apply today: friendly, kindhearted, fidgety. Putting drumsticks into those restless hands was an obvious fit. Dustin spends many hours each week playing drums in marching band, but apparently it’s not quite enough to get it all out of his system, because his hands are always in motion, tapping the rhythm that’s playing in his head. Thank goodness he’s started writing out some of that music as well, so he has a way to express it that isn’t just kinetic.

We had a limited amount of time to do Dustin’s pictures, as he was squeezing it in between work and youth group, so I kept him moving. Fortunately, he has a natural, easy-going personality. He and his mom also have a refreshingly unfussy attitude toward his portrait wardrobe. We found we were missing a shirt onsite, but we still had his drumline jersey, so they weren’t too bothered. Then his mom accidentally dropped and stepped on his jersey twice while I was trotting them all over the park at breakneck speed, but no worries. Finally, we found the missing shirt lying by the path as we were leaving the park and heading to the high school stadium. It was still good for a quick headshot at the end of the session.

Good luck on the rest of your senior year, Dustin, and I hope you always keep your warm-hearted nature and your ability to comfortably take everything in stride! 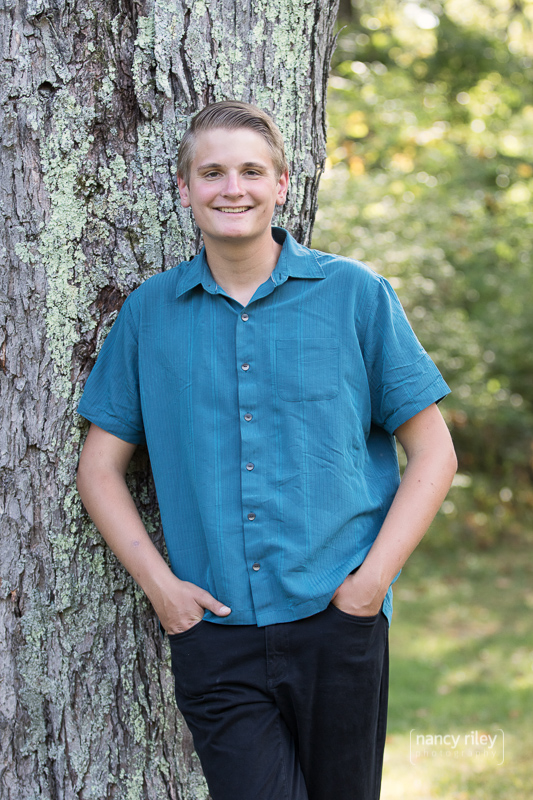 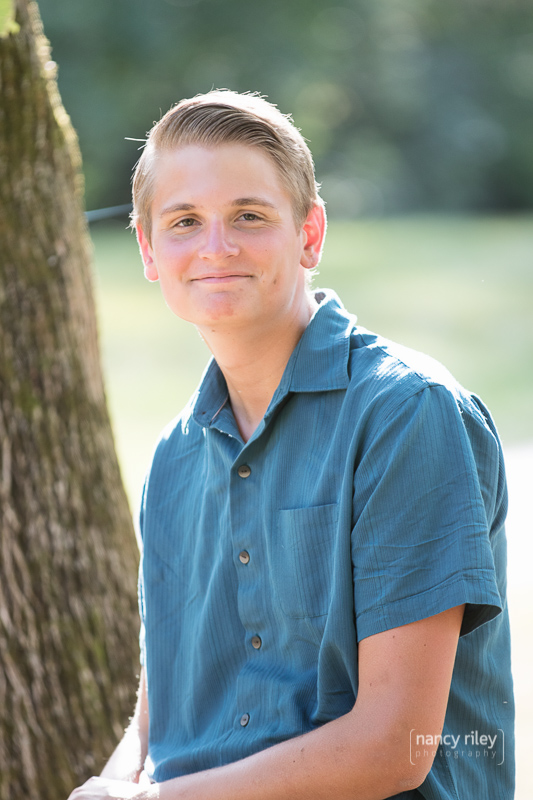 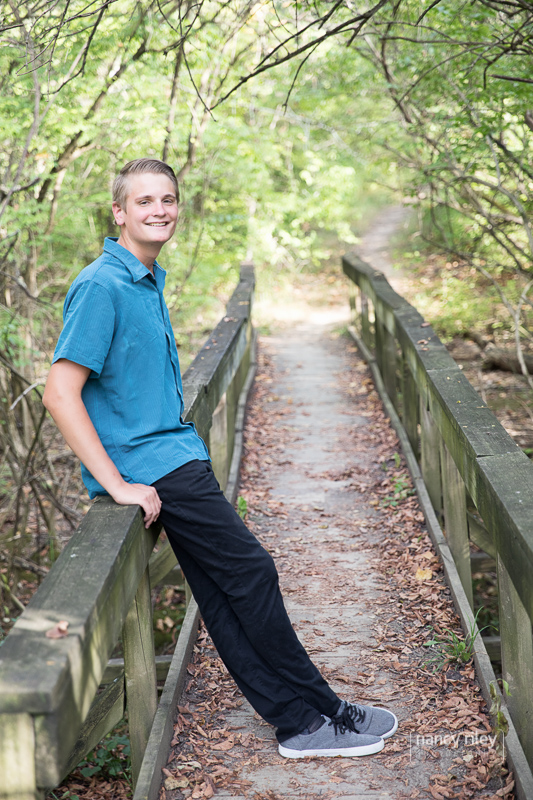 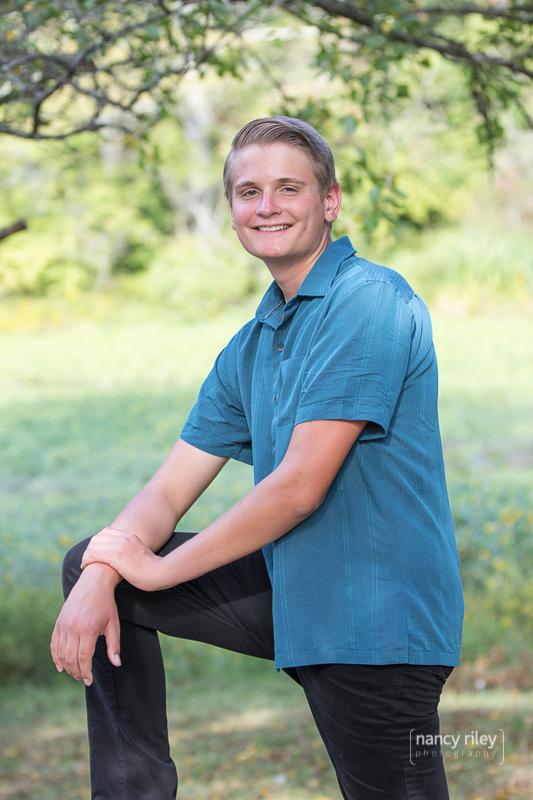 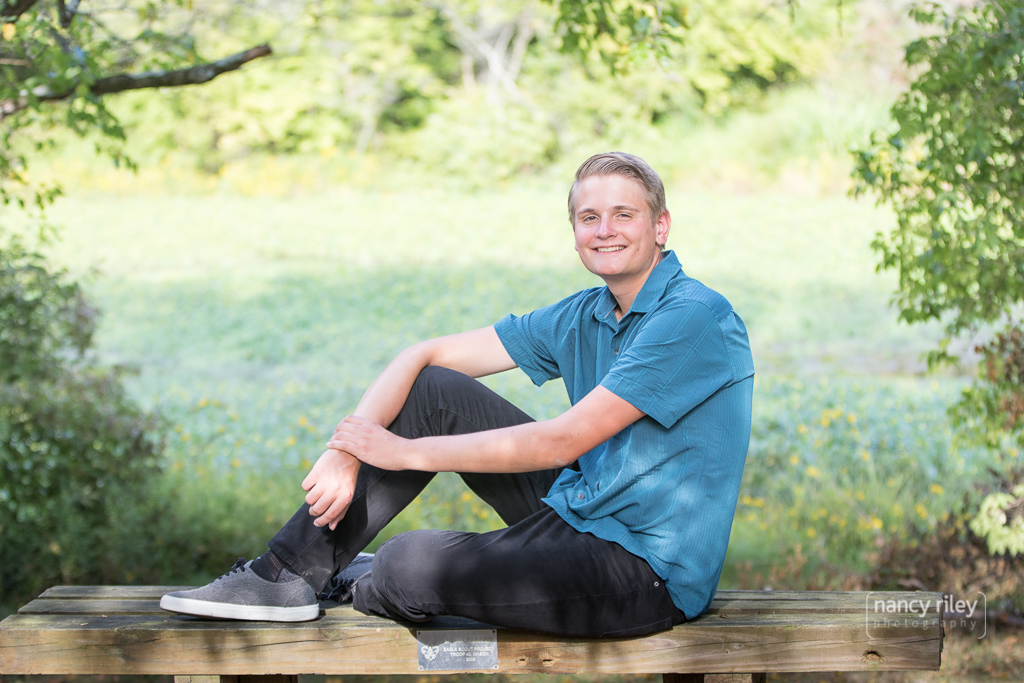 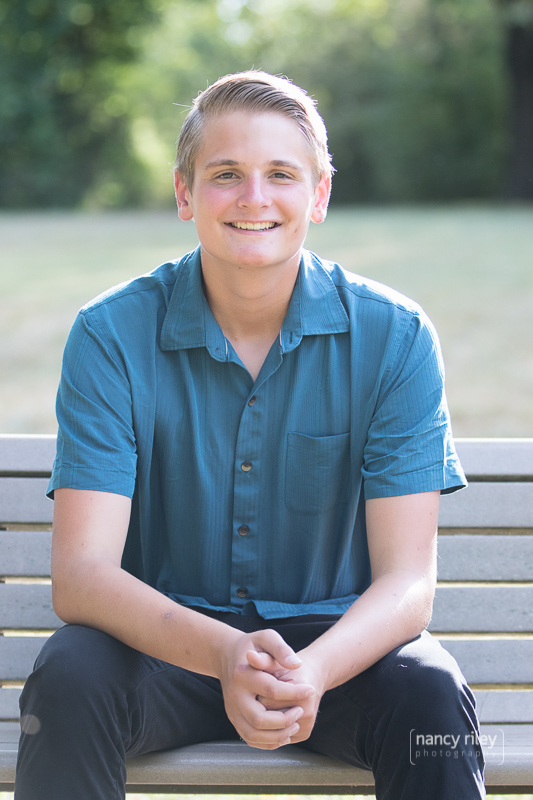 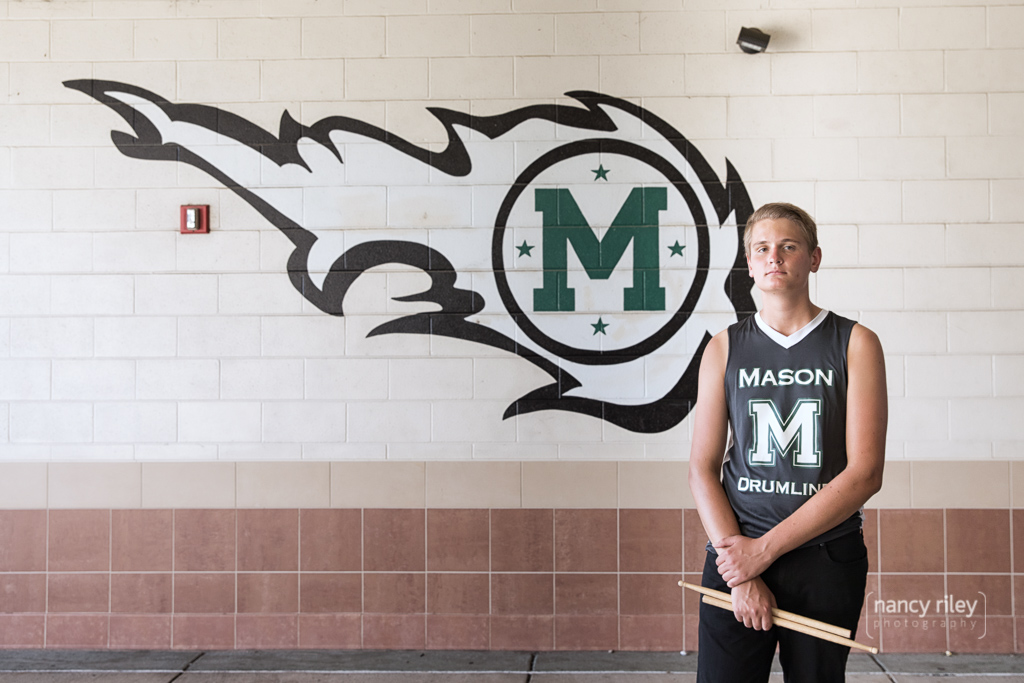 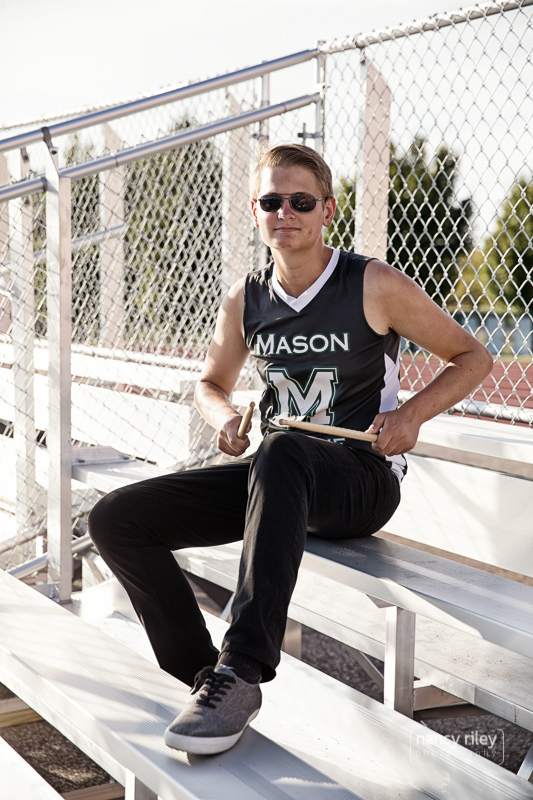 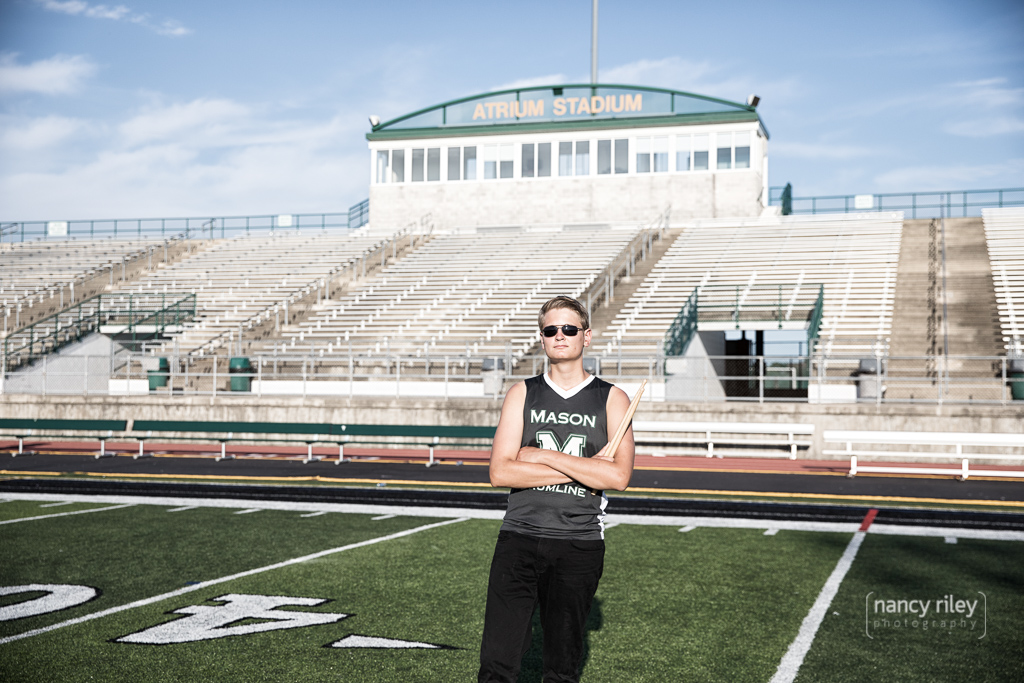 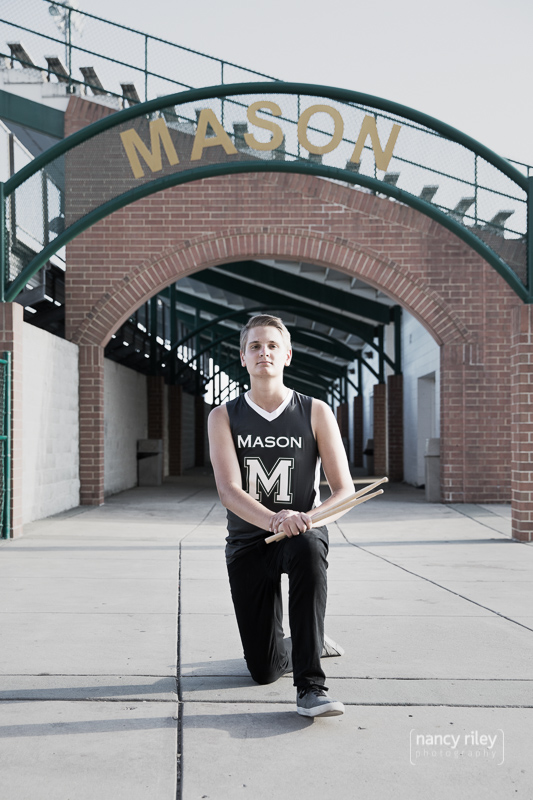