Not being a morning person myself, I’m always impressed when people with young children have the confidence to schedule an early morning photo session. This young mother suggested 8:00 a.m. as a start time to beat the summer heat and said she could meet even earlier if I wanted. She and her twenty-month-old were there as promised, but being unfamiliar with Cincinnati’s downtown parking, her husband didn’t meet us until maybe twenty minutes later.

This turned out to be fine, since the family wanted to get solo pictures of their adorable toddler anyway, and he was obviously a morning person. He was also extremely friendly, and the first challenge we faced was that he kept running to me, wanting to be picked up! It brought back many flashbacks of trying to take pictures of my own firstborn son when he was around the same age!

My own firstborn son, now thirteen, accompanied us as my assistant, transporting the stroller around the park and up the bridge stairs, occasionally holding the flash, and serving as child-wrangler when needed. He also served as a reassuring visual aid for the young parents that even extremely busy toddlers eventually learn to channel their energies into something useful.

Their own little guy showed his resilience by maintaining his liveliness throughout the morning session. Even when he took a little tumble down the stairs, he emerged with barely a scratch, regained his composure in a minute or two, and was back to exploring. We only used his stroller at the very end of the session to give him a place to rest when I was getting a picture of just his parents.

I hear he only takes a nap in mid-afternoon. My bet is that we were all ready for an afternoon nap after a fun, but busy morning! 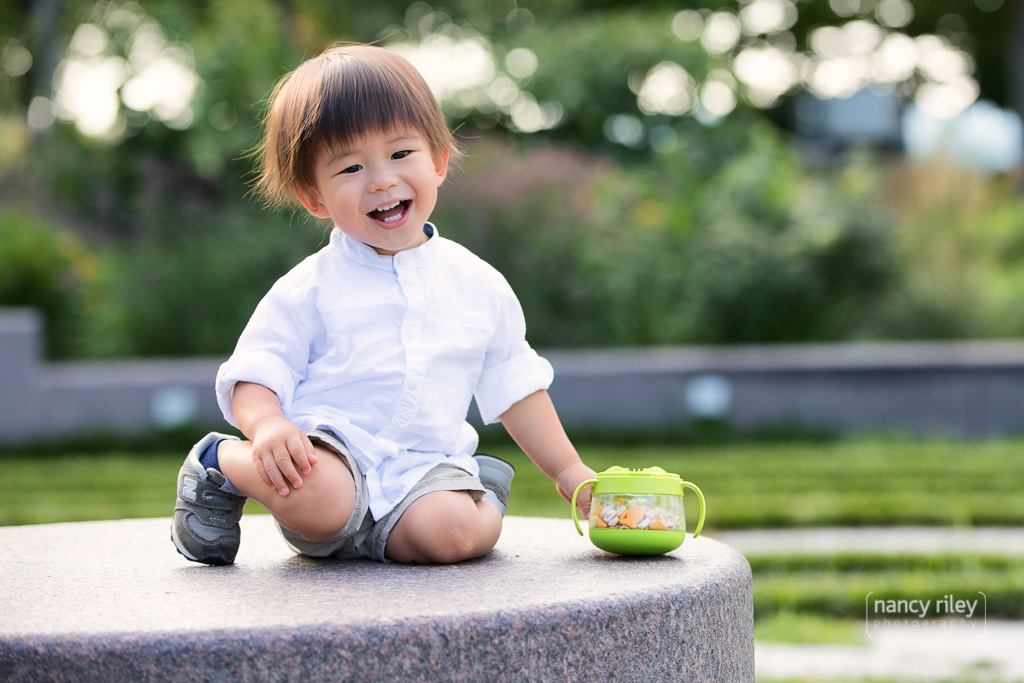 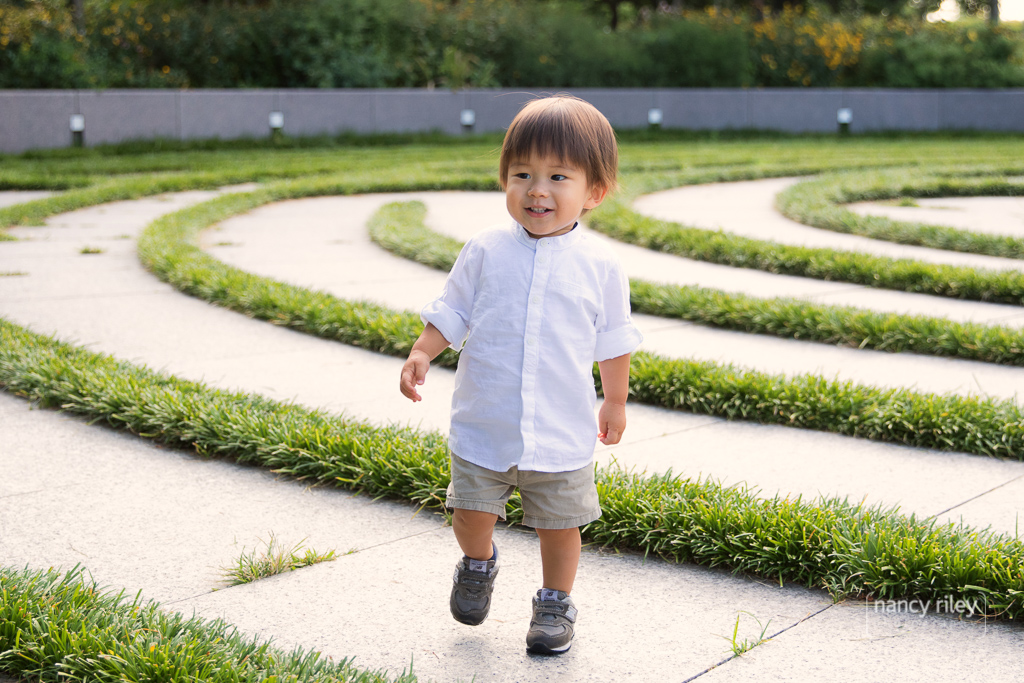 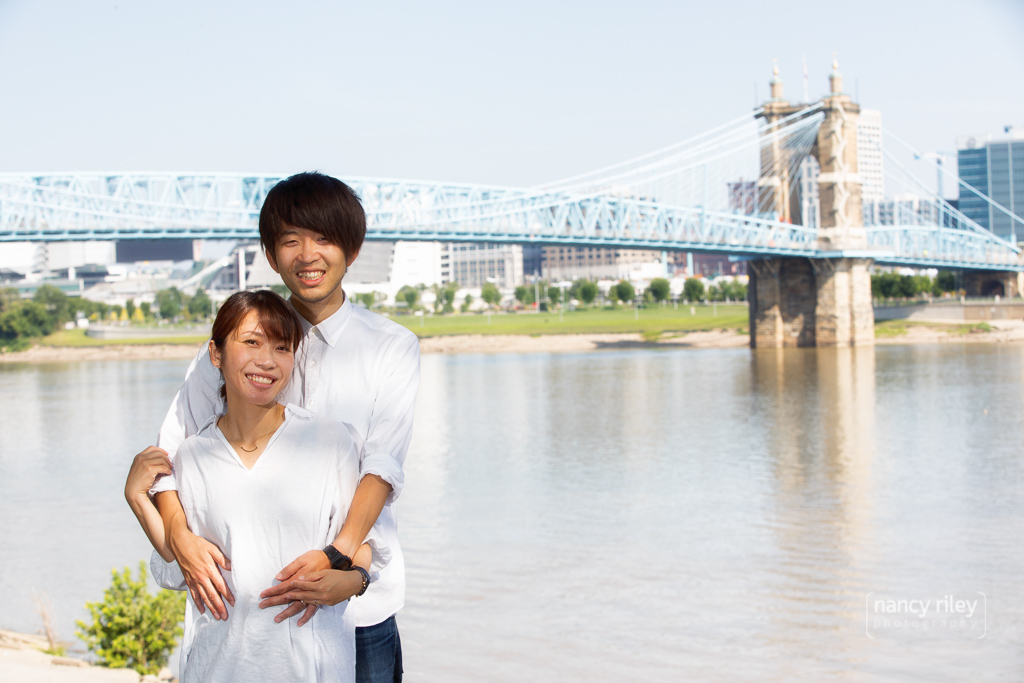 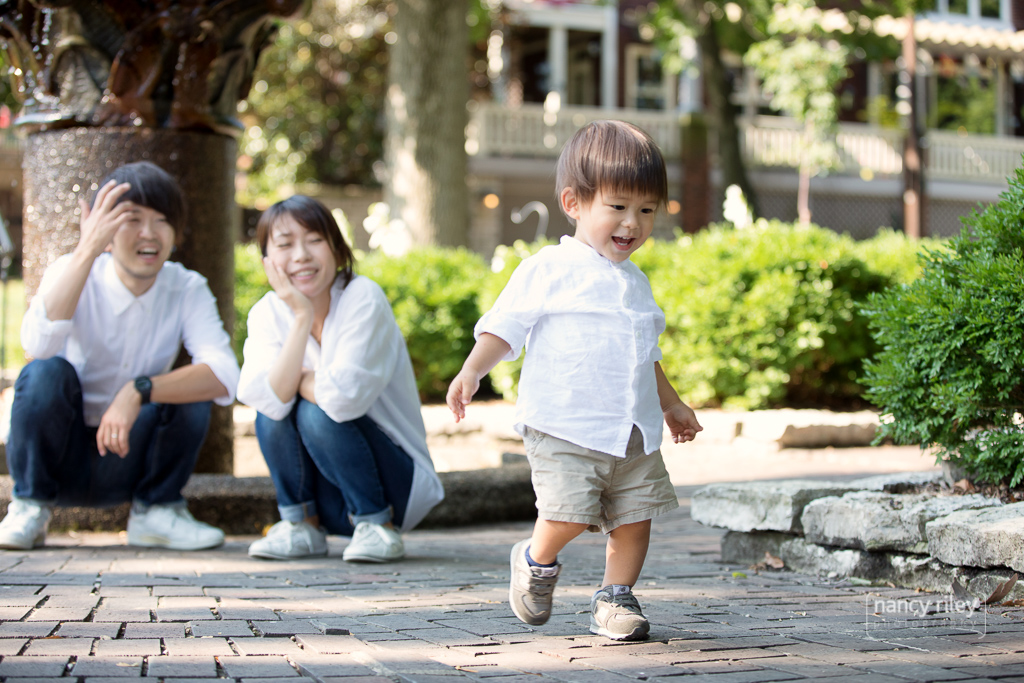 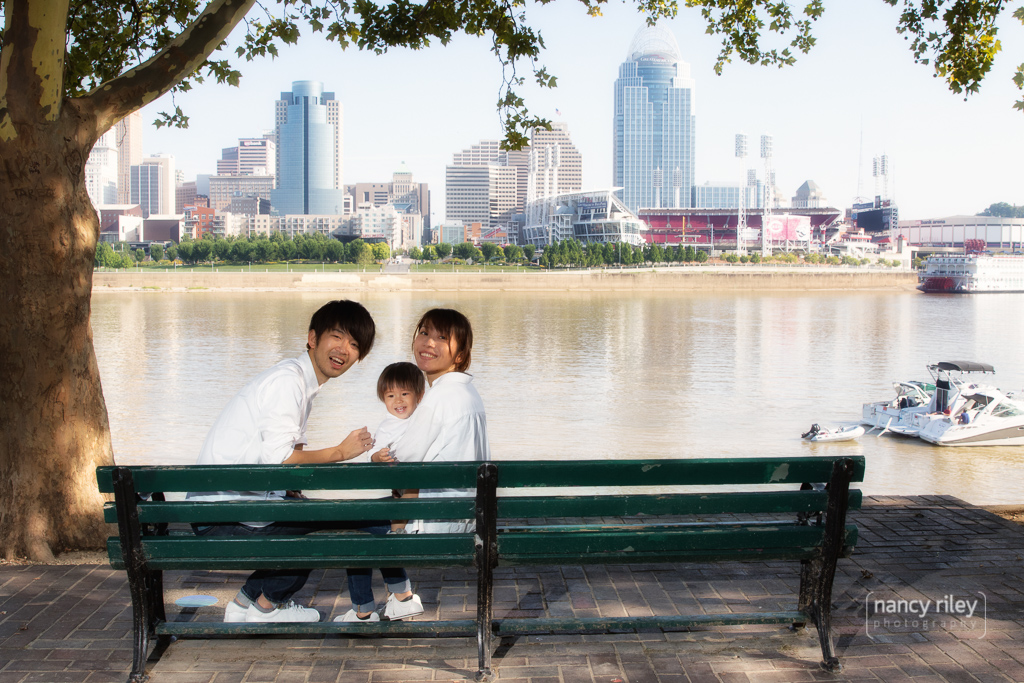 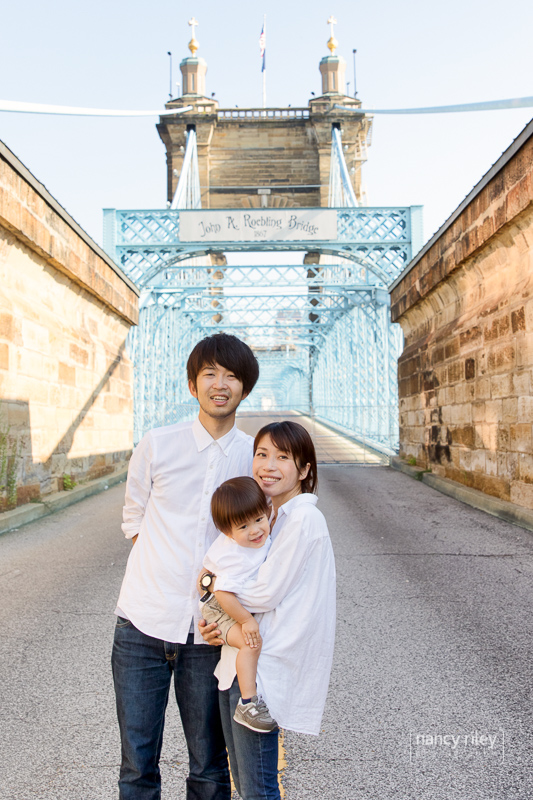 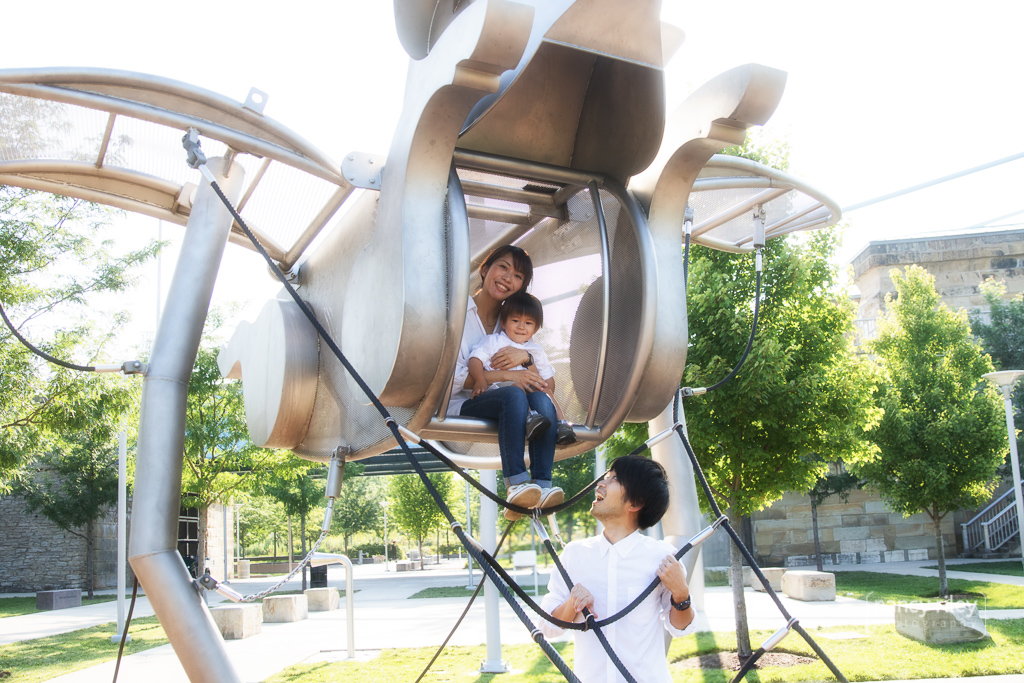 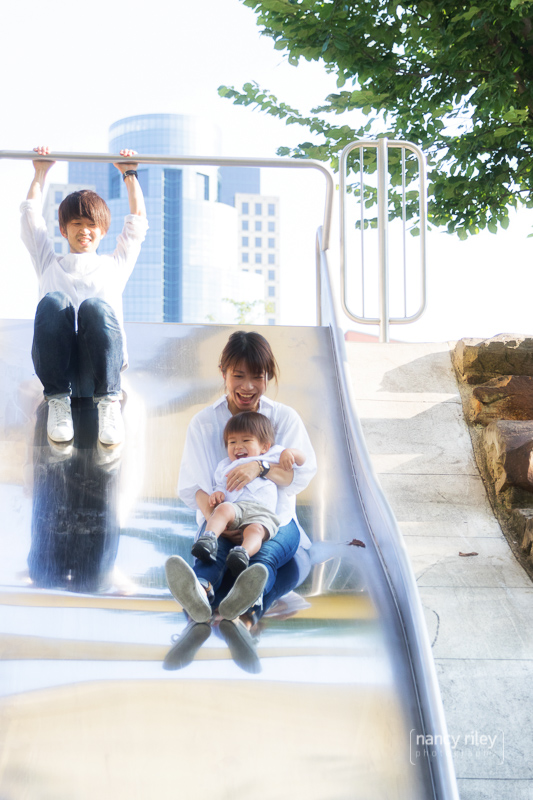 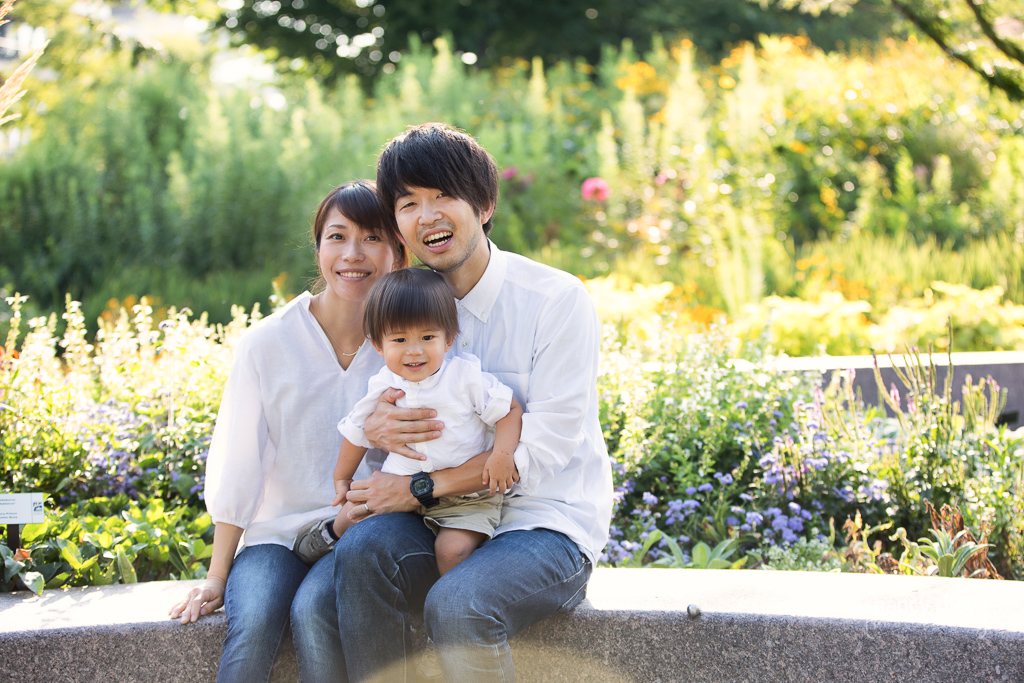 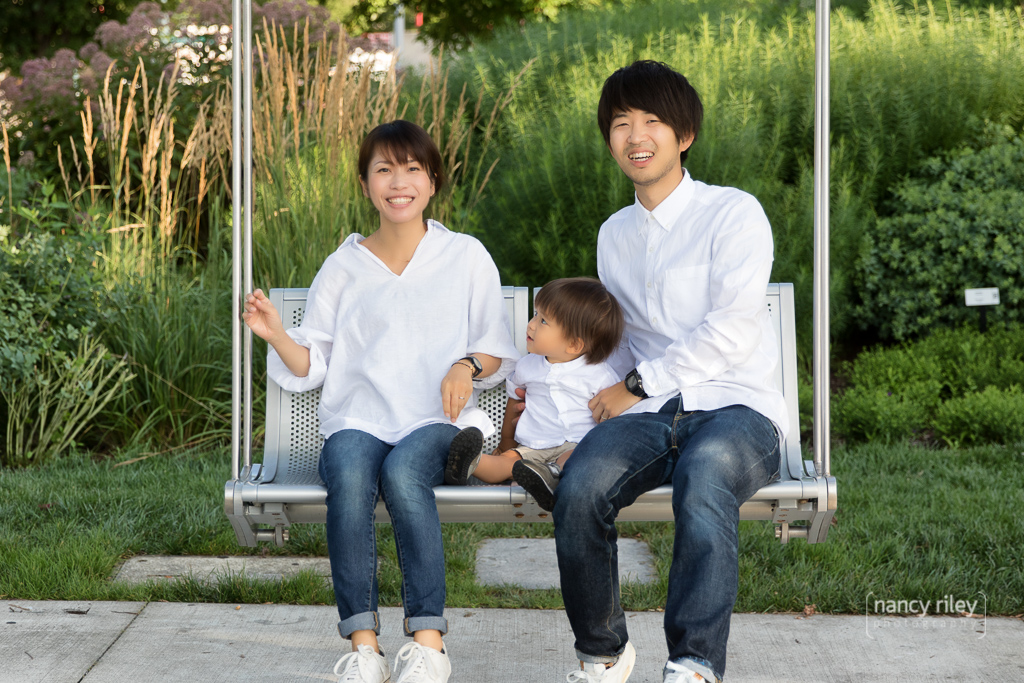 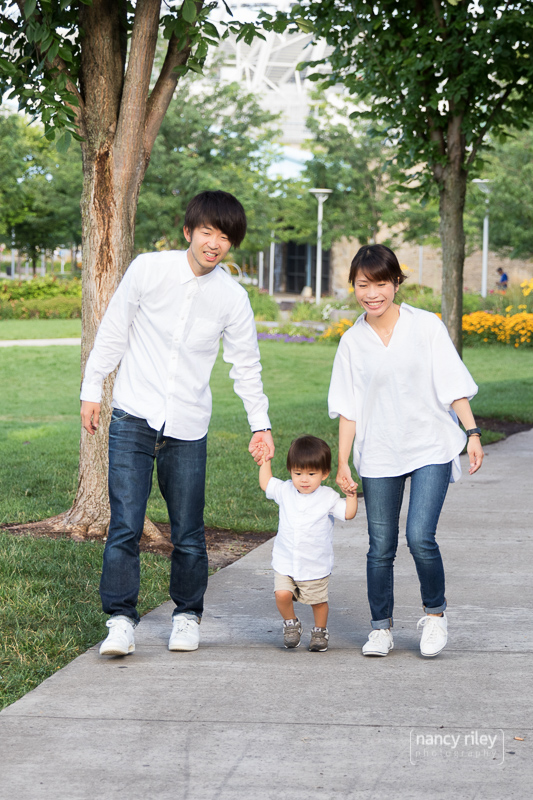